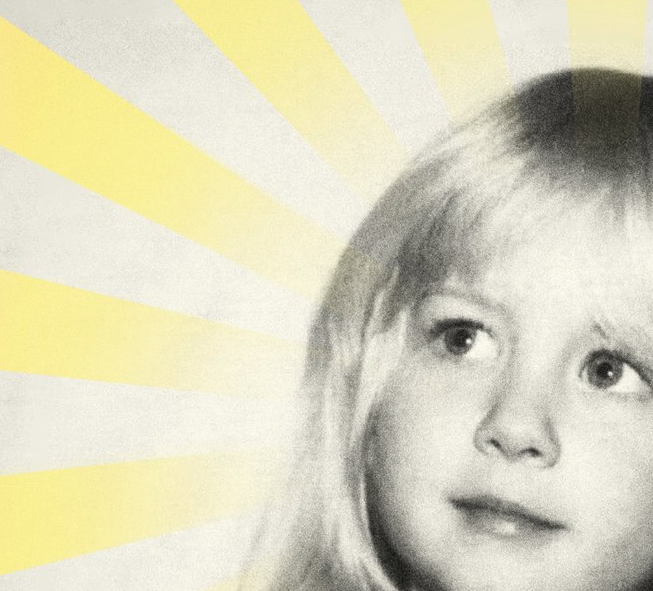 A cast of characters doesn’t get any better than this: Levitating yogis, a dreamy, beautiful, transcendent mommy, Midwestern thugs in metal t-shirts, and one wide-eyed, unicorn-loving, pure-hearted girl–all of this in, yes, Greetings from Utopia Park, by my friend Claire Hoffman.

This childhood was not easy, you gather from Claire’s story. She tells of the ups and downs of growing up in a religious community, in this case the Fairfield, Iowa community built by the famous guru Maharishi Mahesh Yogi, the home of Transcendental Meditation. TM was made famous by some of the Maharishi’s disciples: Paul, John, George and Ringo, and was subsequently slammed by the same. David Lynch (Eraserhead, Blue Velvet) is another famous proponent of the sect, who has written books and made videos in support of the organization, and has become its unofficial spokesperson. In TM each person is given a special, magic mantra, all of their own. They use it to meditate, and eventually, hopefully, reach enlightenment.

Claire’s mom, a single mom, managed to pursue peace and truth while raising two children and struggling to make a living–a feat in itself. Claire and her brother grew up as members of a community that sought enlightenment and harmony, but struggled under its share of controversy. She thinks hard about her experiences, and what they meant, and how they shaped her. To live in a utopia–what a privilege! But to look behind the curtains almost destroys her belief. How do you know you’re on the One True Path? Sham or Shangri-La? Were the rumors about her guru true? All believers must confront their doubt. All seekers must question what they find. In the era of Hoffman’s childhood, many sought something greater, something higher. Many of them were parents, who wanted the best for their children, and brought them along.

The beauty won from this alternately lovely and terrible childhood was hard fought for. She details the picnics and ceremonies, the school days and meditations. She feels the pain of being an outsider among the uninitiated. Watches her friends go astray. And in the end, after her angry teens and resentful twenties, now a married mother in her thirties, Claire goes back to what was good and true about her upbringing, and returns to her spiritual home. She goes back to meditation, to reap its fruits. She makes her peace with her childhood and her mother’s decisions. And she takes her small daughter down to the TM center to learn her mantra, and meditate.

The suffering can be borne and meaning wrung out of wasted days. Deceptive gurus and false messiahs litter the paths of pilgrims. But they don’t have the last word. First there is a mountain, then there is no mountain, then there is. Sometimes you climb the mountain, and you fall and fail. Maybe there is a different path that will take you up. Sometimes a different mountain. Greetings from Utopia Park tells you the path of the seeker is a path with a heart.